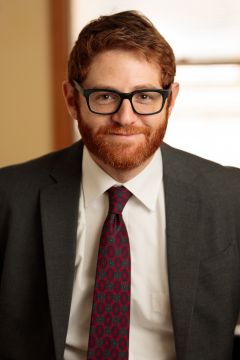 Avi Springer joined Rubin Kidney Myer & Vincent as an associate in 2017. He works primarily in the area of criminal defense.

Before joining the firm, Avi worked as a litigation associate at another law firm and as a public defender in New York City. During his time as a public defender, Avi represented clients in the appeals of felony convictions and worked as a trial attorney representing parents in child welfare proceedings in family court. Avi began his legal career as a law clerk for the Hon. William K. Sessions III in the U.S. District Court in Burlington, VT.

Avi lives in Groton. He enjoys cooking, practicing martial arts, and spending time with his wife, Jess, and their dog, Pickle.